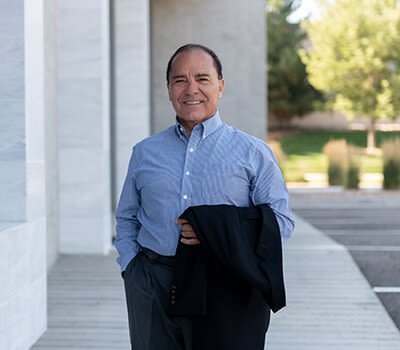 Richard graduated from the University of Colorado with a Bachelor of Science Degree in Business Administration. While he subsequently received a Scholarship for an MBA Program at Stanford University (which he respectfully declined), he then entered and graduated from the University of Denver’s Law School. Upon completing law school Richard took and passed the Colorado Bar Examination, gaining admission to the practice of law in Colorado in May of 1977. Later that year, Richard also received his Colorado Real Estate Broker’s License (after completing 192 hours of in-classroom instruction and passing the Real Estate Broker’s Examination). Richard has been diligent about keeping both licenses continuously active since obtaining them.

From January of 1980 through December of 1982, Richard was In-house Counsel for Parking Company of America, Realty Company of America (including the managing Real Estate Broker) and Chaves Industrial Bank, formerly Lehman Industrial Bank. In this role, Richard was responsible for all legal matters relating to acquiring and selling commercial properties, including real estate litigation. He represented the Bank in all of its affairs with Colorado’s Banking Commissioner’s Office and was responsible for all corporate matters for all three entities, including real property acquisitions taking place in Colorado, California, New Mexico, Nevada & Canada.

The following year, Richard entered private practice with Cimino & Gonzales, P.C. As a Partner of this firm, Richard handled numerous legal matters, including:

Since May of 1994, Richard has been a partner with GARCIA & GONZALES, P.C., and has continued to keep both his Law & Real Estate Broker’s Licenses continuously active by taking all mandatory classes required by both the Colorado Supreme Court & the Colorado Real Estate Commission. Our law firm is also in good standing with the Better Business Bureau, with no complaints or disputes from clients.