Let’s take a look at each change. 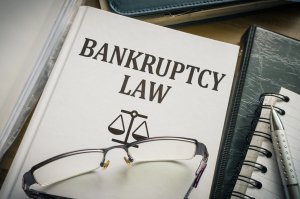 The following rule amendments help explain why they are important to financial institutes:1

Have you weighed your options and can find no way out of your financial predicament other than filing for bankruptcy? If so, contact a West Minster Bankruptcy with Garcia & Gonzales, P.C. to learn more how our legal team can help you make a fresh start.

We’ve helped thousands of people successfully resolve their debt problems since 1977. Call today, so we can set up a free, no obligation initial consultation to meet and discuss your case. Call today or email our firm using the form at the side of the screen.

Life can throw you a number of different financial curveballs that can prevent you from paying bills or meeting other ...
Learn More

I'm Carla Garcia and I'm a consumer bankruptcy attorney with the law firm of Garcia Gonzales my name is Richard ...
Learn More

During the latter half of 2020, foreclosures were protected by federal pandemic mandates and laws that helped account for the ...
Learn More
LEAVE A MESSAGE

You can begin your next chapter tomorrow.

Take control of your situation.